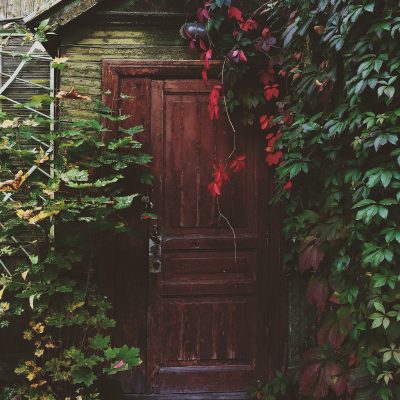 David Neufeld, Winnipeg, MB, has a long history with both Mennonite and secular efforts to address environmental issues. He has served on the Creation Care…

Group to bike to Pittsburgh Mennonite convention, join conversation on Anabaptism and mission in a diverse world

reprinted from the Virginia Mennonite Missions website. May 11, 2011 by VMM staff HARRISONBURG, VA. – A group of youth, young adults, and convention delegates…

Hugh Stoll ’89 bought this 1920s-era hydroelectric dam on the Rocky River near Pittsboro, North Carolina, in 2005 and has been restoring it ever since. Stoll is also one of the partners in the company that owns and manages the solar installation at EMU.

AFTER CLAMBERING DOWN a rickety iron ladder and inching across a slippery concrete ledge, Hugh Stoll ’89 arrives at the business end of his latest brainchild: a new hydroelectric turbine for his dam on the Rocky River in Pittsboro, North Carolina.

Unscrewing a metal cover to show off the guts of his new contraption – conceived and built entirely from scratch, save for a blade design borrowed from the University of Idaho – Hugh talks hydropower at a mile a minute: “thrust bearings” and “butterfly valves” and “friction loss” and other terms and concepts sailing over the layman’s head.

Hugh goes back up the ladder into the powerhouse, still holding forth rapid-fire on the intricacies of his operation, as he opens up the new turbine control panel. He jumps from “synchronous generation” to “positive load,” then describes the use of a “dynamometer” to create a “torque curve” that has some relation to the coiled thicket of black, yellow, red and blue wires snaking this way and that inside the control panel he engineered.

In the background, his trusty old 1909 GE generator – the dam’s real workhorse, to be supplemented by the new turbine – hums along gently. When the Rocky River’s up and running fast, Hugh’s dam sends enough electricity into the grid to power 90 to 100 homes.

Hugh, who lives in Harrisonburg, Virginia, takes periodic work trips to the dam, a few days here, a few days there, fixing this, replacing that, tinkering with more ambitious projects like the new turbines. There’s no shortage of things to do.
The dam, built in 1922, was “highly neglected” when he and his brother, Craig, bought it in 2005. Ever since, he’s been trying to get things back to shipshape. He claims he’s not an expert; he’s learned as he’s gone along, seeking out mentors, figuring out who can help him when he’s stumped.

“You piddle around with stuff and find out what works,” says Hugh. “It’s just really simple. There’s not a whole lot to it.”
And Hugh loves simplicity. He relates a parable from personal experience:

Some years ago, he chaperoned a group of students from Eastern Mennonite High School visiting the “solar decathlon” on the National Mall in Washington DC, a showcase of the most advanced and innovative solar-powered houses in the world. Impressive, yes, but the approach felt wrong. The houses’ complicated electrical systems would cost tens of thousands of dollars to build and require an engineering degree to really understand – far, far too complicated an arrangement for Hugh’s liking. While the houses at the decathlon were perhaps sustainable in some narrow sense, they were kind of missing the broader point.
“[We] should talk about wisdom, not sustainability,” he declares, tugging at his long beard, cut in a style evocative of the Amish men in his ancestry.

Vaguely resembling a flying saucer, the 1909 General Electric generator behind Hugh Stoll makes much of the dam’s electricity. During periodic work trips from his home in Harrisonburg, Hugh has been building two supplemental turbines from scratch.

Wisdom is an expansive concept, he continues. Simplicity is part of wisdom. Average everyday people should be able to understand wise things. Seeking others’ talents, as he’s tried to do when troubleshooting at the dam, is part of wisdom. And living sustainably is an inevitable side effect of living wisely. Wise people don’t poison their own wells, he says. Wise people take care of what they have.

Pragmatism figures into all of this, too. The ecological effects of damming rivers makes hydropower a controversial source of renewable energy, Hugh acknowledges, but perfect can’t be the enemy of good.

“Our culture has an insatiable appetite for electricity, and you have to get it from somewhere,” he says.

After graduating from EMC with a degree in Biblical studies and theology, Hugh and his wife, Kathy Hilty Stoll ’89, moved to Tacoma, Washington, where Kathy earned a degree in occupational therapy. Hugh worked as an electrician in Tacoma, and then in Arizona, the couple’s next stop after Kathy earned her degree.

In 1996, by then with two children in tow, the Stolls moved to eastern Washington, near the town of Kettle Falls. Hugh became a stay-at-home dad at first, while he built the family a simple, no-frills straw bale house within eyeshot of Canada. Good insulation, careful design and a wood-burning Russian stove were plenty to keep the house comfortable.

In Washington, Hugh’s love of whitewater kayaking first connected him with hydroelectricity. He got to know a man who owned a dam on one of Hugh’s favorite rivers, and before long, he began helping his new friend with electrical projects there.

When Hugh’s father, Dan (electrical service supervisor at EMU for 12 years) died suddenly of a heart attack in 2002, the Stolls – then with four kids – sold the house in Washington and moved back to Harrisonburg. After the move, Hugh kept his eye on hydropower industry journals, saw an ad for the dam in Pittsboro, and soon enough, had bought a hydropower plant of his own.
Hugh’s foray into hydroelectricity has gotten him interested in other forms of renewable energy.

Last year, he built a large solar panel array in the back yard of his family’s home just north of town. He’s now a partner with Secure Futures, the solar energy company that owns and manages EMU’s recent solar installation on the library roof. And lately he’s begun dabbling in wind power. Hugh and Craig are fixing up a 100-year-old wind turbine for fun, and he’s toying with the idea of launching some sort of wind energy development.

And one more thing – Hugh’s been dreaming lately about building another house. He’s been doodling plans, considering sites, thinking about design. Or even better, he’s dreaming about a group of houses, connecting with other like-minded, people interested in building and living together. Living simply. Living sustainably. Living wisely. 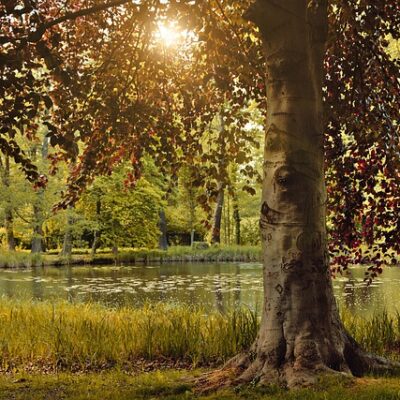 by Moira Toomey I am old, I am ancient.