Book Review: They Will Inherit the Earth 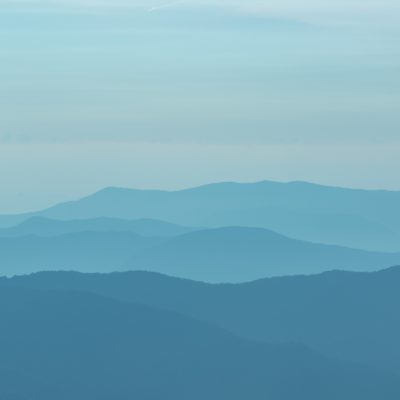 Hope from the Smoky Mountains

by Eric Shaffer In the midst of all the current chaos, the beauty and majesty of God’s creation continues to flourish all around us. It…

John Dear. They Will Inherit the Earth: Peace & Nonviolence in a Time of Climate Change. Maryknoll, NY: Orbis Books, 2018.

In this short book, Catholic priest and activist John Dear explores how his practice of nonviolence over the decades has led him to extend that nonviolence to the planet. He bases this on a clever adaptation of the beatitude on the meek, arguing that meek or gentle could also be translated as nonviolent. So the nonviolent inherit the earth, “a life of nonviolence leads to oneness with creation and her creatures.”

The book has a conversational tone as he narrates his life. But he also includes other speakers and writers and explores with some depth a number of the issues Christians committed to nonviolence and ecological harmony must confront. While much of his nonviolent method comes from Gandhi and Martin Luther King, Jr., his basic commitment is clearly based on Jesus. Among the highlights are his chapter, “Walking on Earth Like the Nonviolent Jesus,” where he notes the many ways Jesus engages and learns from the wider creation in his teaching.

I was moved by the way Dear connects the calming of the storm to climate change. We must cultivate trust and fearlessness as Jesus did, keeping our eyes on him as we move forward in faith. As we learn from Mother Earth and follow her lead, the storms of the sea and air will calm down. It is a nice mixture of having faith in God while also working on what we must do.

Dear roots catastrophic climate change in systemic violence, meaning that it is linked with racism, sexism, classism, militarism, war, nuclear weapons and other forms of violence. He also makes connections with Indigenous Peoples’ struggles to preserve ancestral lands.  Likewise, he sees climate change as the earth’s violent reaction to our mistreatment.

The author could have done more to make the connections between violence and climate change explicit. Examples abound, such as the use of depleted uranium in Iraq or other ways that war-making also devastates the planet. He does this best when speaking about his home on a mesa in New Mexico. This location  keeps him near the heart of the nuclear war industry and encourages him to confront the injustice of the military-industrial complex, where vast wealth sits beside great poverty.

I appreciate and need to learn from Dear’s activism and am challenged by the way that he confronts issues like the pollution of water from the Los Alamos laboratories. His acknowledgment that many environmental activists have been killed, and that most of them are Indigenous People reminds me that we need to do more than install the right light bulbs or solar panels or bike to work. We need to keep fossil fuels in the ground and protect the land, air, and water. This only comes through a broader political and social movement from the grass roots, a people-power movement.

I recommend this book for group study. It is an accessible account of nonviolence and environmentalism. It includes a few reflection questions at the end.

Global Warming and the Risen Lord

This review is by Luke Gascho, chair of Mennonite Creation Care Network’s Creation Care Council. The book was published by the Evangelical Environmental Network in…

Modern ‘Dawdy Haus’ Young to Old Help Each Other

Reprinted from EMU’s Crossroads magazine with permission……..By Andrew Jenner, June 9, 2011 Sarah Myers and Herb Myers ’66 are building onto the home of son-in-law…