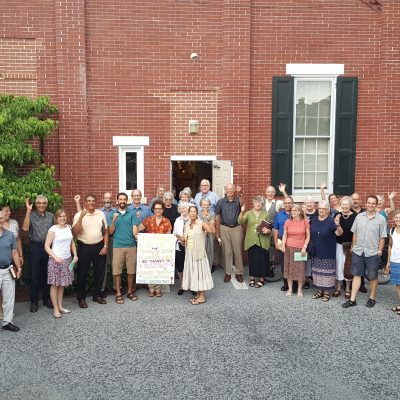 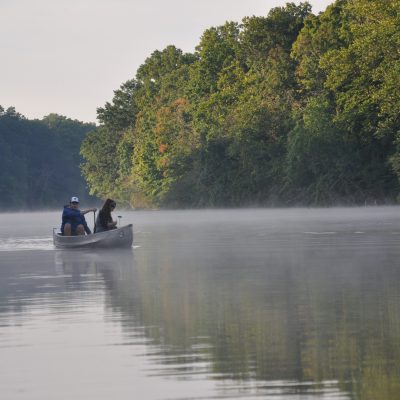 Mennonite Creation Care Network administers the grant fund on behalf of Russell De Young, a retired NASA scientist from Newport News, Va. De Young created the fund in memory of his first wife, Pam. This is the third year of the program.

East Chestnut Street Mennonite Church is the first congregation to apply for support for a car charging station. The urban congregation’s downtown location will be convenient for both congregants and community members with electric vehicles. The station will be able to supply 240 volts to two vehicles at a time.

Melissa Hand, the congregation’s liaison to MCCN, says that East Chestnut Street pursued the project both as a way of supporting cleaner transportation and as a form of outreach to the community. The station will appear on apps that show the locations of charging stations. It will also have signage explaining the church’s commitment to creation care.

The carbon pollution produced by electric cars varies depending on whether the electricity that supplies them comes from coal, other fossil fuels or renewable energy. But even when running on coal, the amount of CO2 per mile is less than gasoline-powered cars. According to an online tool from the Union of Concerned Scientists that provides data by zip code, a Nissan Leaf charged in Lancaster, Pa., “produces about as much global warming pollution as a gasoline vehicle getting 88 miles per gallon.”

East Chestnut Street is funding the remainder of the charging station with money from its voluntary gas tax fund. Since U.S. gas prices at the pump do not reflect the full cost of mining fossil fuels, some congregants who drive gas vehicles make donations to the fund based on the amount of gas they buy.

It is not surprising that Shalom Mennonite Church is planning to go solar. Tucson, Ariz., is one of the top ten sunniest cities in the world, receiving 3,806 hours of sunlight per year.

The church’s solar project is designed to offset all coal, nuclear and gas-fired utility power used by its worship life and the Mennonite Voluntary Service house on the property. Eventually, they plan to shift from gas to electric space and water heating.

For Shalom, solar panels are not just a decision that makes economic sense. The congregation is also concerned about climate change. Living in a region that is already hot and dry raises their level of concern, as does their work with immigrants, many of whose fortunes have been affected by climate change. The intercultural congregation straddles English, Spanish and Swahili in its worship services and cultivates relationships with Native Americans in the region.

“The Bible, the Tohono O’odham and the resilient desert teach us to honor God by caring for creation,” says Duane Ediger, a solar installation professional from within the congregation who has volunteered his labor for the project. The Tohono O’odham are a Native American group whose name means, “desert people” and who have lived sustainably in southern Arizona for centuries.

Hyattsville Mennonite Church’s solar panels will not be a secret: the church is located on one of the busiest thoroughfares in Maryland, carrying tens of thousands of drivers per day. The 18 to 20 kWh array will generate 100% of the church’s electricity while hopefully inspiring others to consider renewable energy.

Reducing water runoff is another emphasis at Hyattsville. The church’s efforts have included rain cisterns, drainage catch basins, installing a rain garden and planting trees. Several members have received training from the Anacostia Watershed Society that will enable them to promote strategies for reducing runoff in the community.

More information on the Pam De Young Net Zero Energy Fund is available at mennocreationcare.org. Mennonite Church USA congregations may request between $5,000 and $10,000 for solar panels or car charging stations. The next application deadline is June 30, 2019.

Thinkers and Doers Join at Rooted and Grounded Conference

From living stones to mining in Suriname, from climate change to solar panels, from biblical studies to immersion experiences, the third Rooted and Grounded conference…