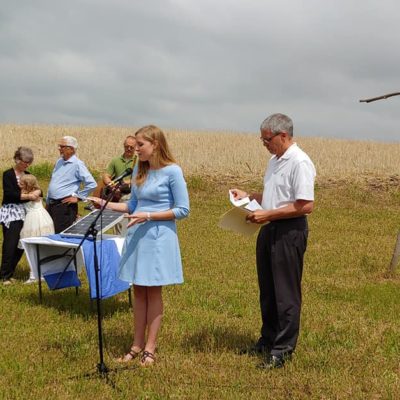 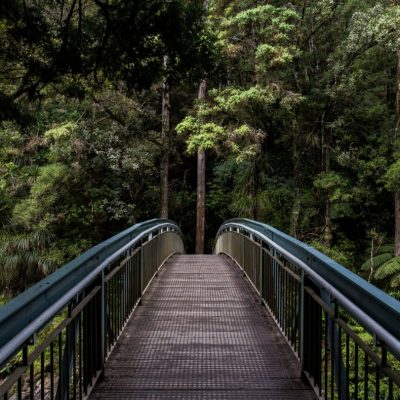 What to Say on the Eve of the Election﻿

By Jennifer Halteman Schrock Recently, I spoke with a millennial who told me she’s not going to vote. She doesn’t really know the issues, she…

When presented with the opportunity to engage in creation care as a congregation, East Goshen Mennonite Church (EGMC) has always risen to the occasion, but promoting the environment in and on the church took it to the next level.

Many members bike to church when they are able and most Sundays include a shared meal of homemade, and often home-grown, dishes. So when the worship ministry team suggested engaging in a creation care series during the 2019 Easter season, it came as no surprise that the congregation was interested in the idea.

For God So Loved The Cosmos

From April 28 – June 9, EGMC focused their worship time around their “For God So Loved the Cosmos” worship series inspired by Mennonite Creation Care Network’s “Every Creature Singing” creation-themed curriculum. Each Sunday, Naomi Yoder, one of the pastors at EGMC, preached on one of five different reasons why the church should care about creation.

“I was actually pleased to have the creation care series “For God So Loved the Cosmos” brought to the EGMC congregation,” said Tom Yoder, a member of the congregation and a leader of the college Sunday School class. “I feel that a crisis does exist and that we as individuals, our country and world family should work towards mitigating and reversing the trend as soon as we can.

“As we love God, then we too should love creation,” said Naomi Yoder.

She and the worship ministry team also included “opportunities for reflection and action” on the backs of the bulletins, such as encouraging the congregation to “do unto others downstream what you would that others upstream do to you.”

“We decided to approach [the conversation] in a way that all Christians can support, keeping it as biblical and God-centered as possible,” said Yoder. She added that she felt it was important to look at issues like climate change as a matter of faithfulness to try and avoid the “slippery slope” of politics in environmental topics.

However, creation care was already on the minds of the EGMC congregation before the worship series.

“East Goshen Mennonite has always been a faith family who cares about the environment,” said Beth Greaser, another church member and leader of the college class. While the series was in its first stages of coming together, plans for the installation of 300 rooftop solar panels were already in the works.

Members of the congregation had approached the EGMC property chairman months before about “doing the right thing for the world” and installing some form of renewable energy. After some deliberation, the proposal for installing solar panels was brought to the congregation. From there, the process of purchasing the panels began with a sponsorship program made up of people from the congregation. Donations were made by individuals to sponsor either half of a panel or a whole one, with the rest of the funding coming from within the church budget.

With the solar panels installed and producing about 98% of the energy needed for the building, the monthly utility bills have shrunk considerably. Besides the obvious economic benefits, Yoder expressed a hope that the money that would have previously gone to utilities could now be funneled into the church budget for service opportunities.

Praising God through care of creation

It’s this hope of making an impact that makes itself apparent in the community that Yoder hangs onto in her efforts toward sustainability. She said that because it can be frustrating to not be able to make a large physical difference in climate action, she encourages others to look at it as making a difference by caring for what God created and following the guidelines of stewardship that Christians are called to do.

“We can make a difference by praising God through the care of creation.”

Strasbourg, France – Mennonite World Conference is working toward the “greening” of its 2009 global assembly in Paraguay by compensating for the exhaust emissions of…

a reflection from Joanne Moyer on Conrad Greben University’s Sound and the Land Conference I started playing the violin at age five, but I only…