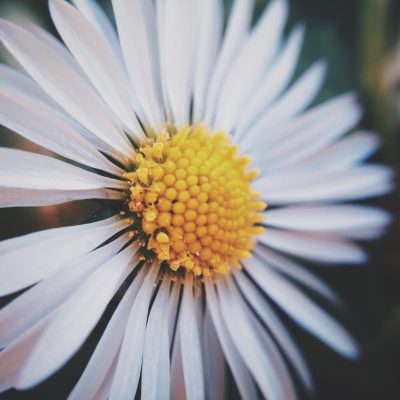 Author and environmentalist Bill McKibben is calling people to action in reversing global warming. This international campaign is designed to build grassroots movements around the… 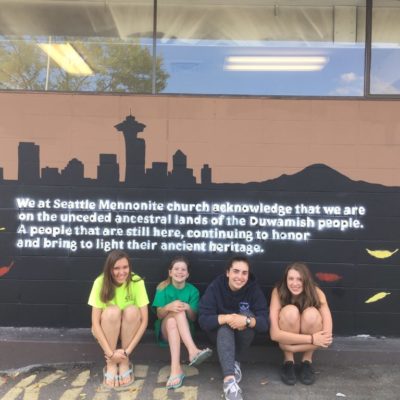 By Olivia Smucker When Thalia Neufeld needed a final project for !Explore, an Anabaptist-Mennonite Biblical Seminary theological program for high schoolers, she wanted to literally…

If there is a common thread among the seven students from five different colleges who studied in Merry Lea’s Agroecology Summer Intensive (ASI) this year, it is one of new possibilities.

“Now I know that there are ways to survive as a small farmer,” observed Emma Regier, a biology major at Bethel College, North Newton, KS.

“This is an exciting time to study sustainable agriculture,” adds Dale Hess, director of the program. “There are indications that the Obama administration has recognized the connections between the way we grow food and eat, and the health-care crisis on one hand and the climate-change and energy crisis on the other.”

Students study four courses during the nine-week agroecology intensive: Soils, Vegetable Crops, Agroecology and Small Farm Management. The biology of growing food is only one area of emphasis. Politics, economics and environmental justice are all part of the web of connections that students delve into. Living together on site and sharing a kitchen adds yet another layer of understanding of the process that brings food from the ground to the table.

During the nine-week program, students encounter a wide range of alternatives to industrial agriculture. The group visited a conventional thousand-cow dairy farm, a grass-fed meat farm with its own kill floor and an organic Amish farm, among others. They also had the chance to plow with oxen at Tillers International, a farm that preserves and studies low-capital technologies, and to meet a couple who just began their own CSA two years ago.

“It’s been neat seeing what people can do with a limited amount of land, especially if they are growing vegetables,” said Anthony Imhoff.

Serena Townsend was especially impressed with White Yarrow Farm in Marcellus, MI. “They had a really wide variety of products, including cut flowers, cows, broilers and laying hens. That is the kind of thing I’d like to do someday,” she remarked.

One of the many guest lecturers in the ASI who help students envision possibilities is Melissa Kinsey. Kinsey is a former business teacher who now offers consulting services to Amish small businesses in the Nappanee area. “Whatever you learn, its important to incorporate a little business training into it,” Kinsey insisted during her lecture entitled, “The Farming of Business/the Business of Farming.”

Earlier, she had given the students an assignment to imagine a farm of their own in a particular locale. They were to describe the business, research the cost of the land and consider current events that would affect their farm.

Lisle Bertsche, whose grandparents own a farm in Illinois, expects to inherit a tract of land where she could raise steers, cows, chickens and four or five acres of vegetables. She would also like to try prairie restoration.

Anthony Imhoff described 90 acres of pasture in northern Indiana where he would graze cattle and goats. He would like to rent out the goats as hired grazers to control noxious weeds.

Kinsey related her own experience working for a parks and recreation department in Colorado where goats were routinely used to control vegetation. She is sorry the idea hasn’t caught on in Indiana yet, but thinks rising fuel prices and awareness may bring it to the area. “You may be in good time for your grazing idea,” she encouraged.

“I was really excited when we were asked to design a business plan,” commented Angela Herrmann. “Mine described scattered-site community gardens created on brown fields. When I put the idea down on paper, it looked like a model that could actually work!”

According to Kinsey, a student idea from this assignment two years ago is now in action on the Goshen College campus, generating vegetables for the campus dining service. §

People of all ages who want to learn to grow food are welcome to earn a certificate instead of college credit. Angela Herrmann, Indianapolis, IN, is the program’s first certificate student.

In 2006, I earned a master’s degree in earth literacy through St. Mary-of-the-Woods College, Terre Haute, IN. I had already been involved in a community garden for about 10 years, so I recognized the value of “community” in its broadest sense: human and non-human. When I wrote my master’s thesis, I learned about the food insecurity that plagues so many communities and the connection between hunger and poverty. Complicating the issue is the practice of grocery stores abandoning neighborhoods for greener (as in wealthier) parts of town, leaving behind food deserts. I then began to wonder how community gardens might contribute to food security. It seemed to me that they could provide access to quality food—which all people deserve. The gardens could build community and relationships of trust, reuse abandoned land, and coax children outside. I wanted to help make that happen, so I began promoting community gardening in Indianapolis and nationally.

What I was missing however, was in-depth study coupled with hands-on, in-the-dirt experience…something that Merry Lea’s ASI could provide. The deeper my understanding is of the systems upon which we depend, the better I am able to share and model what’s possible. This is why I wanted to study agroecology. I remember gardening once with an elderly African American woman a few years ago. She definitely knew far more about growing food than I did. All she needed was a place to do that. Maybe I can help make that possible for others like her. At the end of the day, our communities and cities are only as rich and healthy as the poorest and the sickest among us. I welcome the opportunity to work to increase people’s access to healthy food and hopefully in the process, help improve my city’s urban environment.

This fall, I plan to volunteer with Felege Hiywot, an Indianapolis organization that works with urban youth. Aster Bekele, a retiree from Ethiopia whom I consider to be a friend and mentor, started the center. There I’ll help teach kids how to garden because they deserve to understand where their food comes from. I’d love to show them the soil arthropods and other soil creatures that we saw through a microscope during the ASI. They’ll never see soil the same way again when they see that soil is alive! § 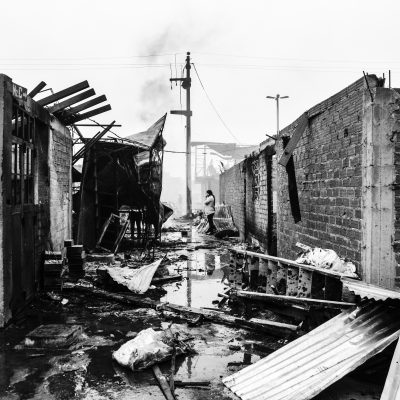 Greening from the Ground Up

You, like I, have no doubt been glued to the hurricane news lately and worried for anyone living in Florida, Texas or the Caribbean. While… 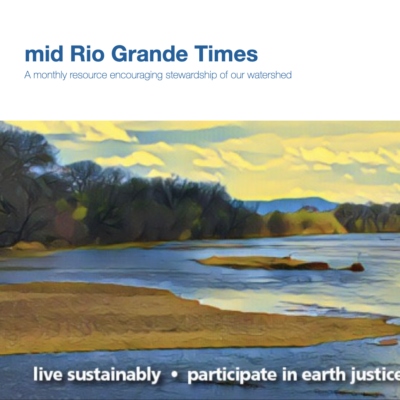 In many areas, local journalism is in crisis. It is difficult to fund voices telling the stories unique to a community.  As the Brookings Institute…