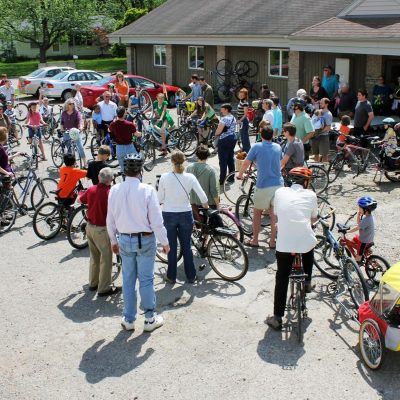 On a Sunday in May, Assembly Mennonite Church in Goshen, Ind., celebrates Creation Care Day by encouraging everyone to bike, walk or carpool to worship….

I started playing the violin at age five, but I only realized recently how much the violin is connected to the land. At the Sound in the Land conference at Conrad Grebel College University in June, I attended a session presented by luthier Timothy Bergen entitled: “Listening to the Wood: A Luthier’s Notes on the Mystique and Sustainability of Trees and Tones.” Bergen began by talking about the structure of wood and why it radiates sound so well – it has hollow cells. He showed how by dropping pieces of wood and tapping on them with other pieces of wood, he could discover the sounds they held within them. Through this, he demonstrated the intimate relationship a luthier develops with wood, choosing the pieces with the best resonance to use for an instrument, and then, once the instrument is being built, finding the precise place to shave or shape the wood to make the violin sing the right tones.

Bergen also described the types of wood that compose a violin. The tops and bellies are made from spruce, preferably that has grown at an elevation over 1000m on a north facing slope. These conditions cause the tree to grow in tight rings and therefore produce wood with the best sound. The rest of the body – neck, ribs, bridged, etc. – is made from maple. While certain European varieties of spruce and maple are the traditional woods from which violins are made, there are some North American varieties that are now also used.

The other two wood types in the violin are both more exotic and rarer. The fingerboard is made from ebony, which is extremely endangered. Bergen noted that Cameroon is the only country in the world that still sells ebony legally. The use of ebony, as far as I could tell, is largely aesthetic. Presumably, if ebony was no longer available, we could get used to having fingerboards that weren’t black. The wood for the bow, however, is a different story. The bow is made from an Amazonian rainforest tree called pernambucco. The properties of pernambucco provide the bow with its distinctive inward curve. Without pernambucco, it’s possible that the bow, and therefore the violin as we know it, would no longer exist. Because the rainforest, pernambucco trees included, is threatened, some luthiers have actually bought tracts of land in Brazil for the sole purpose of protecting stands of pernambucco.

When I think about connections between culture and the land, I usually think first of indigenous peoples struggling to protect graveyards and other sacred sites from golf courses or Walmart parking lots. This workshop reminded me that all cultures are connected to the land, because without the wood that goes into building a violin, we wouldn’t have Vivaldi’s Four Seasons or Bach’s Partitas, Stéphane Grappelli’s jazz, or Cape Breton fiddling, not to mention all those children playing variations on Twinkle, Twinkle Little Star. 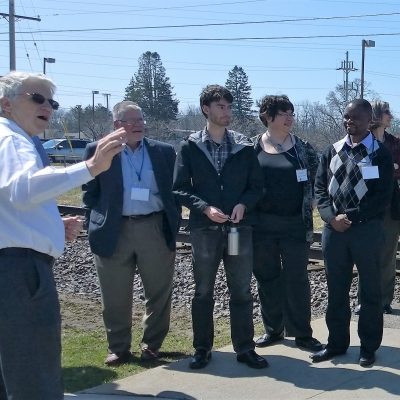 The Center for Sustainable Climate Solutions held its first consultation March 24 to 25 at Goshen College, Goshen, Ind. The occasion brought together about 25… 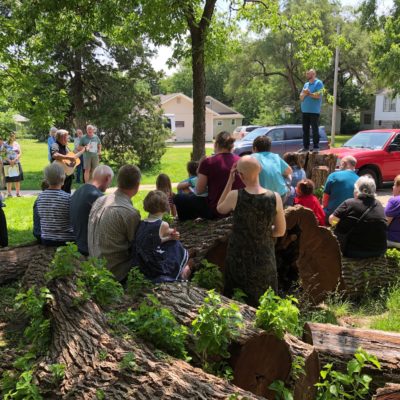 by Olivia Smucker Singing the closing hymn from atop a tree stump isn’t how most congregations would end their service, but New Creation Fellowship Church…